The 11th of August was marked with the significant event – the masterclass of Danylo Drogobyckiy, a participant of the US Team, who has involved the FIRST programmes for the latest 5 years. 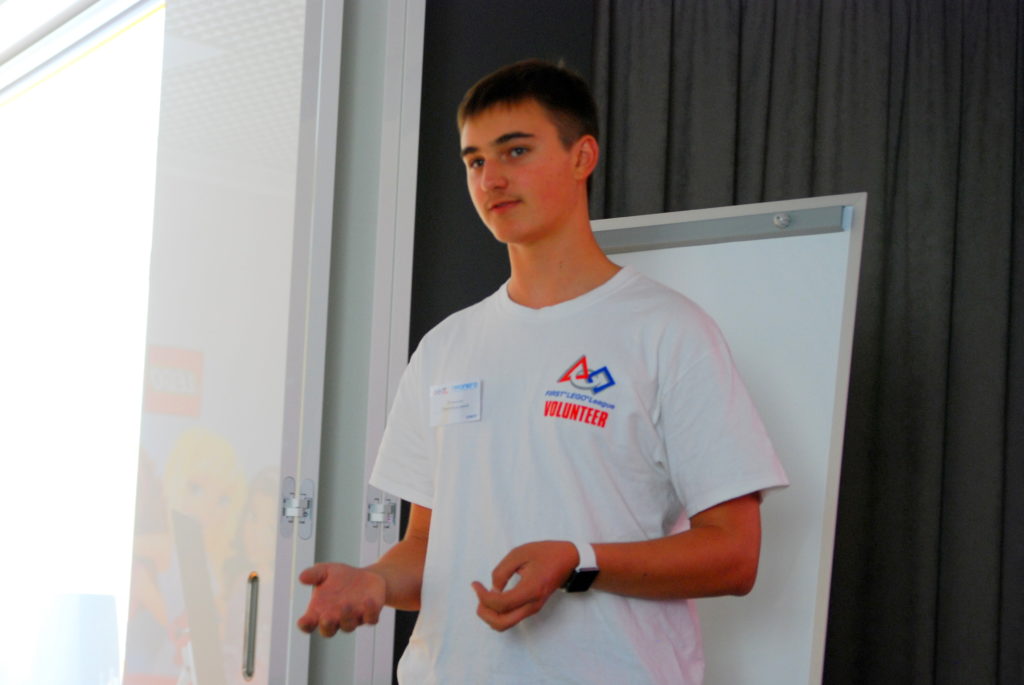 Danylo has shared his unique FIRST LEGO League and FIRST Tech Challenge teamwork experience. Also he transmitted some interesting details concerning the FIRST programmes functioning in the city Karlsbad, California.
Danylo’s parents strongly support his activity. They have also taken part in this meeting. So has Danylo’s younger brother: following his elder, he started participation in the FIRST LEGO League last season.

Almost 30 participants, highly interested in the STEM-technologies development in Ukraine, took part in the masterclass. 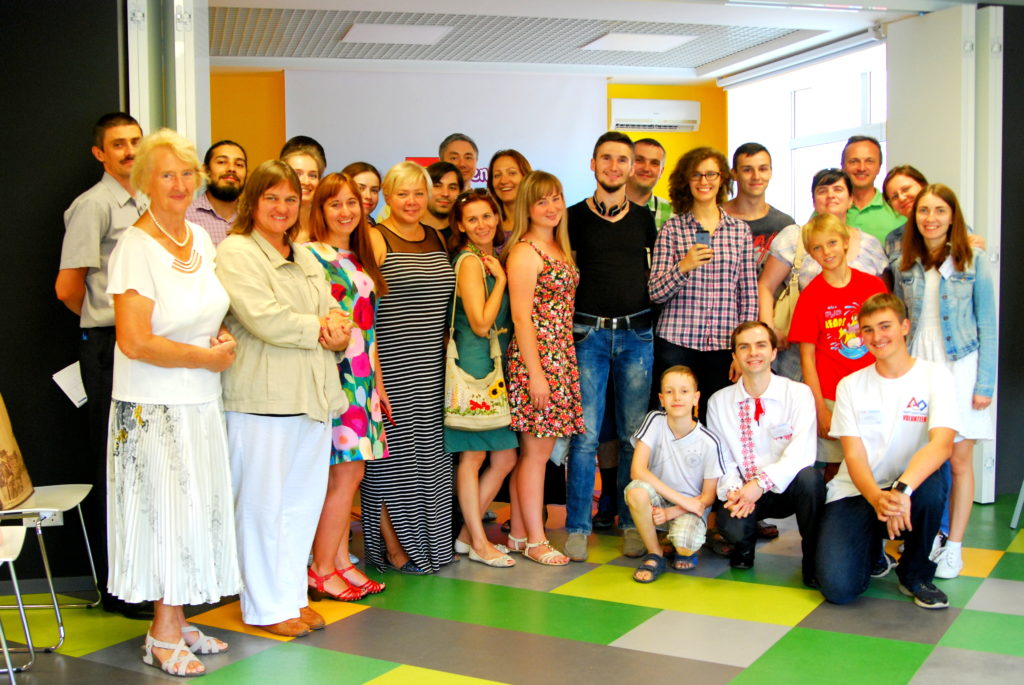 The organizers want to thank to Danylo Drogobyckiy and his family for great energy, vivid examples and the big sincere wish to share the experience!